Martin Luschin has been working in the fitness and health industry as Personal Trainer, Fitness, Pilates and Kettlebell Instructor in South Dublin, Ireland since 2002.
He changed career in 2002 after a lifelong passion for fitness and exercise ( competitive long distance, cross country running and triathlon 1990-2010, soccer and track & field as kid and teenager, in between Yoga, Pilates, Tai Chi, Aikido – a bit Juggling and nowadays mainly a mix of Kettlebells, Pilates, Core Strength, Body-Weight Exercises and Functional Exercises i.e. TRX).

nts, diet and nutrition advice and other health and well-being related services.

He closed his studio in June 2015 to concentrate more on
(1) Personal Training with the focus on a combination of Fitness, Health, Well Being and
Diet/Nutrition rather fitness on it’s own.
(2) local classes  to where he lives, in Leopardstown (Heights) / Sandyford, Dublin 18, D18
(3) an online fitness business
(4) Learning more about Nutrition, Diet and Health (attended a Nutrition Coaching Course 2015/2016)

He worked as Hard and Software design engineer with a Leopardstown, Dublin 18, based company (S3 Silicon & Software Systems) from 1997 until 2002. In 2002 he qualified as Personal Trainer and Fitness Instructor with the NTC (National Training Centre) off Dorset Street in Dublin City Centre.

Here some of the Fitness, Nutrition & Health Qualifications 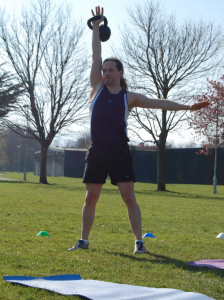 he attained in the last fourteen years:

Get a free monthly Newsletter videos, class updates, seminars etc.
Subscribe to my monthly updates.
Stay up to date with my *Newletters* re new Classes, Online-Video Courses, Seminars, Videos, Workshops and Upcoming Classes etc.. * Read my updated Privacy Policy here.
Subscribe
* As per GDPR Data Protection Law - I Promise - No Spam, No selling your address - Only Good Stuff !
×
We use cookies to ensure that we give you the best experience on our website. If you continue to use this site we will assume that you are happy with it.Ok, I understand.Read more (Privacy Policy & Cookies)